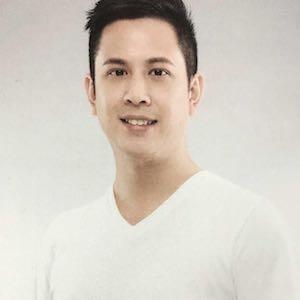 In late 1999, despite having considerable success with our web design firm, Design Reactor, Patrick Lee and I were interested in pursuing a new venture that could have exponential growth like many of the new web start-ups that our friends had started rather than the linear growth of our current company. In addition, we wanted to be able to dedicate our hard effort towards creating a product that we could claim as our own rather than designing web sites for other clients.

We were incubating a new project by Design Reactor’s former Creative Director, Senh Duong, who had previously created a web site that aggregated film reviews from across the web and in-print and presented a film percentile rating in an easy-to-read page, Rotten Tomatoes. Senh had spent a brief amount of time developing the initial web site from home and I was helping in free time with setting up the site on the servers and providing technical assistance when needed. Unexpectedly, Senh’s novel garage project rapidly grew in popularity, especially during the critical summer of 1999 when viral hit The Blair Witch Project and Star Wars: Episode I were released. Site traffic and media exposure grew to the point where we invited Senh to return to Design Reactor where we could incubate the project and find a way for the project to run as a business. Eventually, we decided to form a company around Rotten Tomatoes and we raised a round of funding that allowed us to transition Design Reactor to a sister company while we moved our existing team to work on growing Rotten Tomatoes as an independent company. This allowed Design Reactor to continue growing and the current management team have added large tech clients such as Apple, Cisco, and AMD.

Very shortly after we transitioned to doing Rotten Tomatoes in April 2000, the dot-com bubble burst and formerly powerful internet companies around us began falling apart. Immediately, online advertising, Rotten Tomatoes‘ primary revenue source, began plummeting with effective CPMs dropping to as little as 1-2% of their former values. Like many other companies, we had to drastically cut back on our staff in order to stay in business, eventually ending up with as few as seven team members. On the flip side, however, we had raised our funding right before the bubble burst which meant that we were able to rapidly cut back on our expenses unlike our competitors and partners who were bound by many long-term, expensive contracts. It also challenged us to engineer novel solutions towards expanding the site more efficiently and finding alternative revenue streams.

As Chief Technology Officer (CTO) of the company, I managed the transition of the web site away from resource-intensive static HTML to a database-driven, LAMP-platform based web site. We developed our own, novel content management system named “Web Farm” that allowed us to rapidly expand our content to eventually comprehensively cover over 100,000 titles and hundreds of thousands of actors, directors, and other celebrities. Early on, Rotten Tomatoes editors had to read thousands of film reviews each week and extract a summary quotation and fresh/rotten rating from each one.. However, through a partnership with the the Movie Review Query Engine, we were able to comprehensively include millions of film reviews and ratings covering over a thousand sources automatically. Additionally, we developed our own system where film critics could register and login to our web site and assign their own quotations ratings and establish their own critics’ profile. In conjunction with our partnership with the Online Film Critics’ Society, an association of over a hundred of the Internet’s top film critics, we were able to greatly reduce the burden on our editors of comprehensively collecting film reviews by over half as well as play a vital role in promoting online film criticism.

With our ability to comprehensively and efficiently collect entertainment data, we began a data licensing program. We licensed our film data to numerous clients including Netflix and Microsoft. Because of Rotten Tomatoes‘ growing popularity, online partners such as Apple (integrated into the iTunes Store), Google (integrated into the first Google Desktop release),  and Ask.com (previously integrated into all movie keyword searches) have included our ratings system into their products. We also worked with both Hollywood trade industry magazines, Variety and The Hollywood Reporter to include Rotten Tomatoes ratings as part of their regular film coverage which helped bolster the Tomatometer as a respected brand in the film industry. Data licensing became an important revenue stream as well as a means for expanding Rotten Tomatoes across other media sources.

Our traffic rapidly expanded to 6.2 million unique visitors a month (ComScore, January 2006 when I departed Rotten Tomatoes), largely in part to the intensive search engine optimization we performed on Rotten Tomatoes early on. While search engine optimization was still in it’s infancy in the early 2000’s, we worked hard to get Rotten Tomatoes film pages linked across various directories and link exchanges as well as optimizing on-page HTML code to rank highly on search engines. As a result of this work, Rotten Tomatoes pages have become reliably ranked within the first ten results amongst most Google-based film keyword searches. This increasing traffic helped monetize our online ad revenues to rebuild our primary revenue stream.

Another major revenue component was from partner affiliate sales. Movie fans coming upon our site were able to buy online movie tickets (via MovieTickets.com), posters (via AllPosters.com) and merchandise (via Sideshow Toy and others) from the films easily from the film pages. Additionally, we included comparison prices powered by PriceGrabber.com so users could find the most affordable DVD prices. Finally, we partnered with The New York Times and presented their film reviews in a highlighted position on our film review pages (although their ratings remained of equal value with all other reviews on the page as usual). These companies paid us every time a user clicked on a link or purchased and item and, with these partnerships, our affiliate sales grew to comprise a large fraction of our revenue, further stabilizing the declining revenue from online ads due to the dot-com bust.

In conjunction with our rapidly growing search engine-derived traffic, we also created the web’s first dedicated entertainment social network, The Vine. The Vine, launched on Rotten Tomatoes in October 2003, was modeled after a mix of Friendster and Xanga, and allowed people to easily share their reviews and ratings for all films, music, and video games. Other features which were ahead-of-their-time included structured ranking lists and customizable “groups” which allowed fans to create shared group blogs and profiles. We also leveraged this system and worked with all of the major and minor film studios and distributors to create mini-sites, sweepstakes contests, and more as part of rebuilding our online advertising revenue stream.

In addition to this early social networking system, we hosted a large film message board system. The Rotten Tomatoes forums eventually became the most active film forums online and developed it’s own unique community of film fans that went on to hold annual Las Vegas Rotten Tomatoes fans meetup events in Las Vegas (which I unfortunately never had the chance to attend). Fun fact: As far as I know, three weddings occurred from fans who met each other online in our formerly rabidly popular Rotten Tomatoes forums.

While the early years of Rotten Tomatoes and the dot-com bust felt like the online world was collapsing on top of us, eventually we were able to grow the traffic and our revenue to the point where Rotten Tomatoes was a stable and profitable company with multiple, growing revenue streams. By 2003, we were one of the few players in our niche who was able to claim profitability and the largest of the unacquired, independent film web sites. We were beginning to receive unsolicited acquisition offers from other companies, but turned them all down because we felt we had further work and expansion ahead of us. In 2004, we received a suitably large offer from IGN Entertainment, the largest video games web network (IGN.com, GameSpy.com), and Rotten Tomatoes was acquired in August 2004.

In early 2010, Rotten Tomatoes was sold by News Corporation and is now a part of Flixster, the leading movies social network.